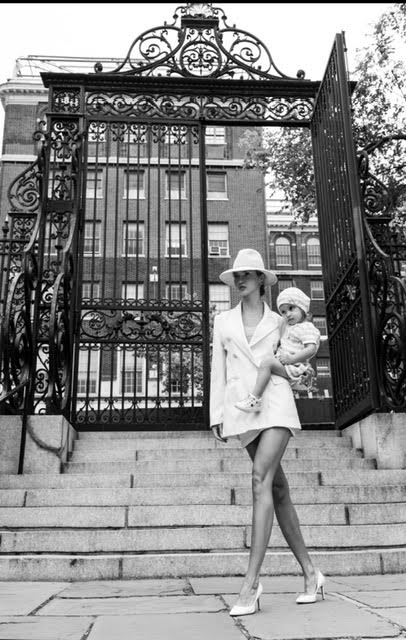 Karyna Bezell didn’t start off with a silver spoon in her mouth. In fact, her struggle to become a top film producer was real.

As she sat down with CEO In Her to talk about how her success in film began, she also spoke about how her lack of knowledge about film production almost capped out her coins.

Bezell was ten years into the modeling industry when she met her now husband and production partner, Monte Bezell.  At the time, the couple was introduced to a writing about childhood trauma and how it can affect adults. The topic of the writing was so intriguing that Karyna decided to turn it into a film to spread awareness.

“I read this, and how powerful this message was just clicked in my head.” She said to her husband, “Let’s produce it.”

“Back then, I didn’t go to any film school or anything like that. We were doing it by learning.” Obviously, they made a lot of mistakes. However, despite wasting time, energy, and money, the project came out amazing. “If we learned some things from the books,” she said, “We would avoid the mistakes that cost us money. That was our expensive lesson: our own film school.” 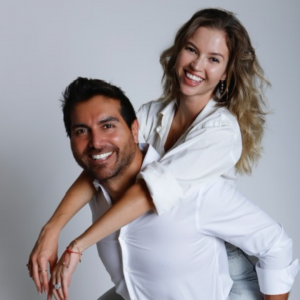 After that, Karyna says each project became better and better. The process was a lot cheaper and smoother, with increasing success.

Nevertheless, as their business grew, so did their family. Karyna gave birth to their daughter Isabella in 2018. At the time, she was also working with other productions. Bezell didn’t foresee pausing her career. Instead, she focused on creating a dynasty with baby Bella.

On being a mother, Karyna said, “It’s the most beautiful, humbling, and empowering experience ever.” Karyna balances her career as a mother and producer seamlessly. Handing the mantle down to their daughter, Karyna recently shot a photoshoot with Tabloided Magazine while holding Isabella in her arms.

The Bezells have also considered creating a true-life story of Karyna’s childhood. Isabella would portray young Karyna, and Karyna would play the young adult version of her mother.

The Bezells are continuing to use film to deliver a message. Their latest movie, “Respite,” is based on a documentary discussing governments turning a blind eye to human trafficking. The movie has been deemed one of the best films on Amazon Prime in January of 2021.

While I was shooting my scene with a green screen, my baby girl was lying on the bassinet next to me on the floor. Again, I am combining motherhood and work right.”

When speaking on the film industry, Karyna said, “It’s a very rough industry. A lot of people want to be there, so I tell everybody to have thick skin. You will hear many nos. Critics will tell you, ‘You can’t make it. You don’t have the stamina.’ Don’t listen to anyone. Have a goal that when people tell you no, this is a challenge. Do not take no for an answer. Those very people who tell you you can’t, in your third, fourth film, they will come to you for your signature.”

The Bezells have launched their family production company, B Plus Pictures – Film and Television Production Company and continue to craft more productions with messages designed to help children and people of all kinds. 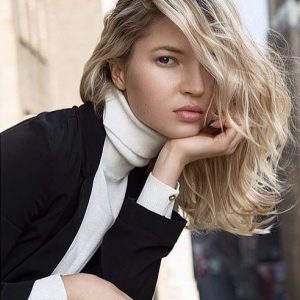 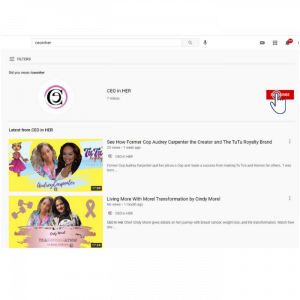 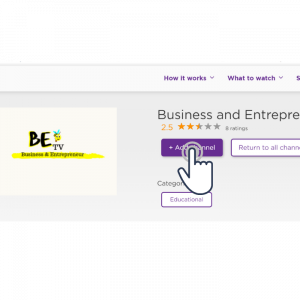 5 Lessons Learned from Living with COVID-19

Jerushia Mcdonald, an Ambassador to the Global Community

A Force in the Financial Security World, Patricia...

Sleep Better with These Natural Remedies

How to Breathe through a Face Mask

How Women in Business Leadership Are Faring

Video Of the Month

This website uses cookies to improve your experience. We'll assume you're ok with this, but you can opt-out if you wish. Accept Read More